I knew of Ali Khanjari from many years ago when we were both in Iran. WAKO the biggest Kickboxing organization of the world was just getting started in Iran and he was a very talented and experienced fighter already who found his way to the international tournaments. At that time I was working as a contributing editor of the best martial arts magazine of Iran and we were covering his achievements. 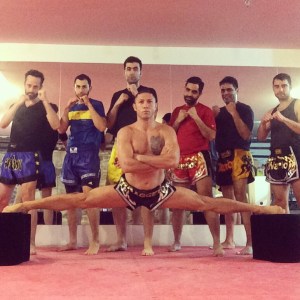 However we finally met in person over ten years later at White Rock, BC! At the home of our mutual friend, another world champion Mostafa Sabeti who will be interviewed soon for this website.

Ali has been training and teaching at Vancouver Revamped fitness and his team did great at recent West Coast Can-Am martial arts by winning several medals.
Here is our interview with this long time champion:
1. Tell us about how you got in to martial arts and specially Kickbxoing and Muay Thai?
As a child I was quite small, I wanted to do martial arts so I can defend myself. I started with Karate, after getting my black belt, I started kickboxing because it was a challenging and required thinking. Muay Thai is the ultimate stand-up martial art and the most difficult and I have had an opportunity to train in Thailand for years.
2. What are your biggest international achievements as a fighter?
Asian champion
European champion
WAKO World cup champion 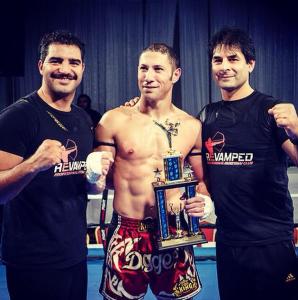